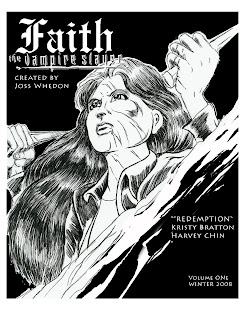 Harvey's going to allow me to offer a little back-story as to how this
comic came about, and maybe it'll answer a few questions for you. It was originally written as a TV script for a virtual web series called “Faith: Redemption” created by a university film student in England. The web series ran for two years before he sadly abandoned the project. The series ran as fully written scripts that fans could read. I wrote two scripts for the series and this story, which was originally titled “Underworld” was part of the story arc in Season 2.

The web series began towards the end of Buffy and not much was known about the future of where Buffy would go after the end of Sunnydale, most fans thought she would go to Cleveland. Still the creators of the web series took Faith to NYC where she teamed up with Darius (who has his own rich history, a little gets touched upon in Underworld) to fight the vampire corporation, yes, ala W&H… but there’s a lot of history that went on there, too much to fill you in on unfortunately.

When I converted the script from a TV version to a comic version I made a lot of changes; had to cut out almost 25-pages of story/dialogue, changed a few characters (took Kate out and brought Fred in, to update the story) but kept the feel and locations of New Orleans which added a nice departure from the NYC storylines. In making this a stand alone story with Harvey I discovered it was actually the middle story of a three-parter!

The first part being the set-up at to how Faith and Darius got together and the third part as to how they solidify their relationship and their future. Those stories haven’t been written yet… but maybe… ;)

Thanks for reading and I hope you enjoy the story! 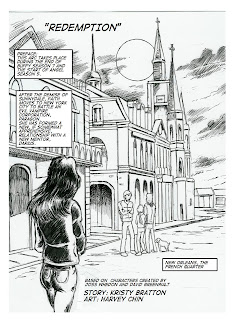 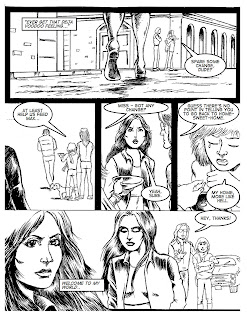 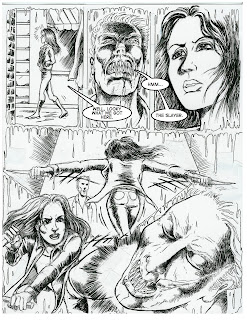 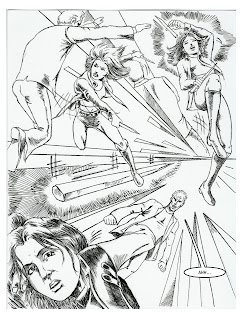 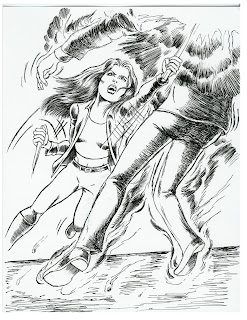 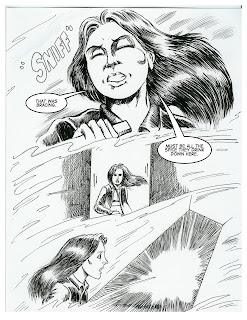 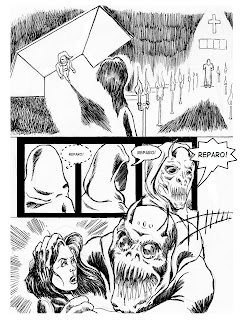 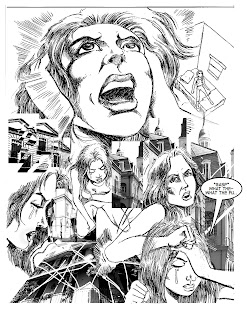 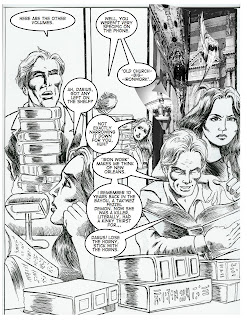 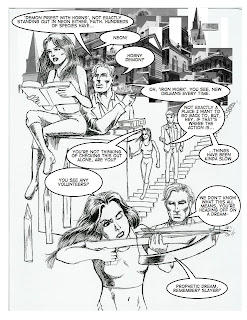 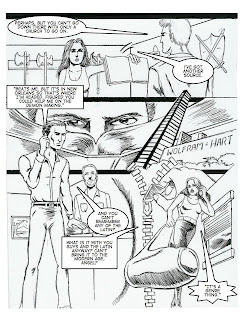 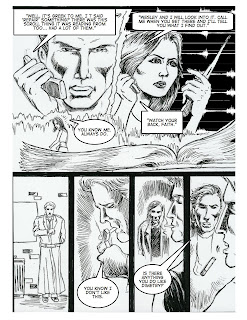 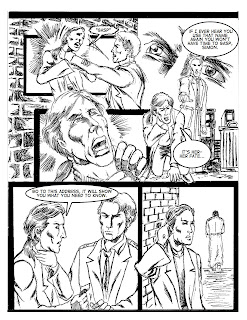 About 2 years ago, Kristy Bratton, who is/was one of the creators of Cityofangel.com, was SO generous to help me out in trying to get some audience for "Vangelis", (not to mention hooking me up a LOT of other times when I needed it- and just being a great and cool person in general), that I had offered to offer my pencils to work with her to try to do a comics adaptation of her "Faith" fan script "Redemption".

And major thanx to Simon at Whedonesque! - These fan projects are done in hopes that people enjoy them, so feedback means that I'm grateful that people took the time out to try it out! See you next time! (February 15th, 2009) 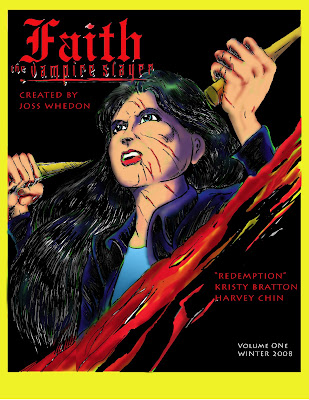 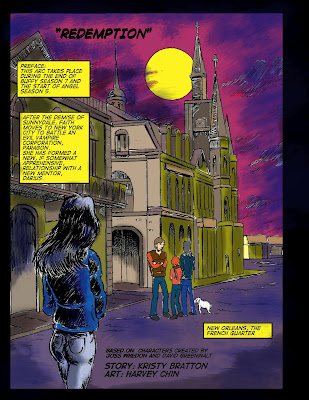 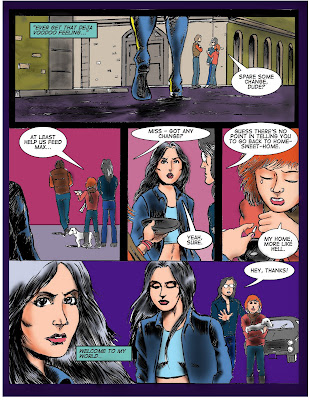 crazy_asian_man
I make stuff. I hope people like it. I'm more of a passionate hobbyist who has done corporate videos and presentations, but likes to make films and comics. I also love to collaborate when possible with other folks who have the same love of both.